The pair of shoes that started my Random and Weird Phone Shots series is no longer hanging on the line.

Allow me to share this sad moment with you.

I was wrong after all, when I said the trainers would survive the end of the world. They didn’t.

Have you ever walked in a park or a wooded area, admiring the nature; the trees and flowers and maybe some wildlife, when suddenly you come across this:

On a drainpipe, of all things.

So, I’ve had a cauliflower on the fence and a bunch of berries on a Pepsi can in previous RAWPS post, now prepare for tomatoes at a bus stop. 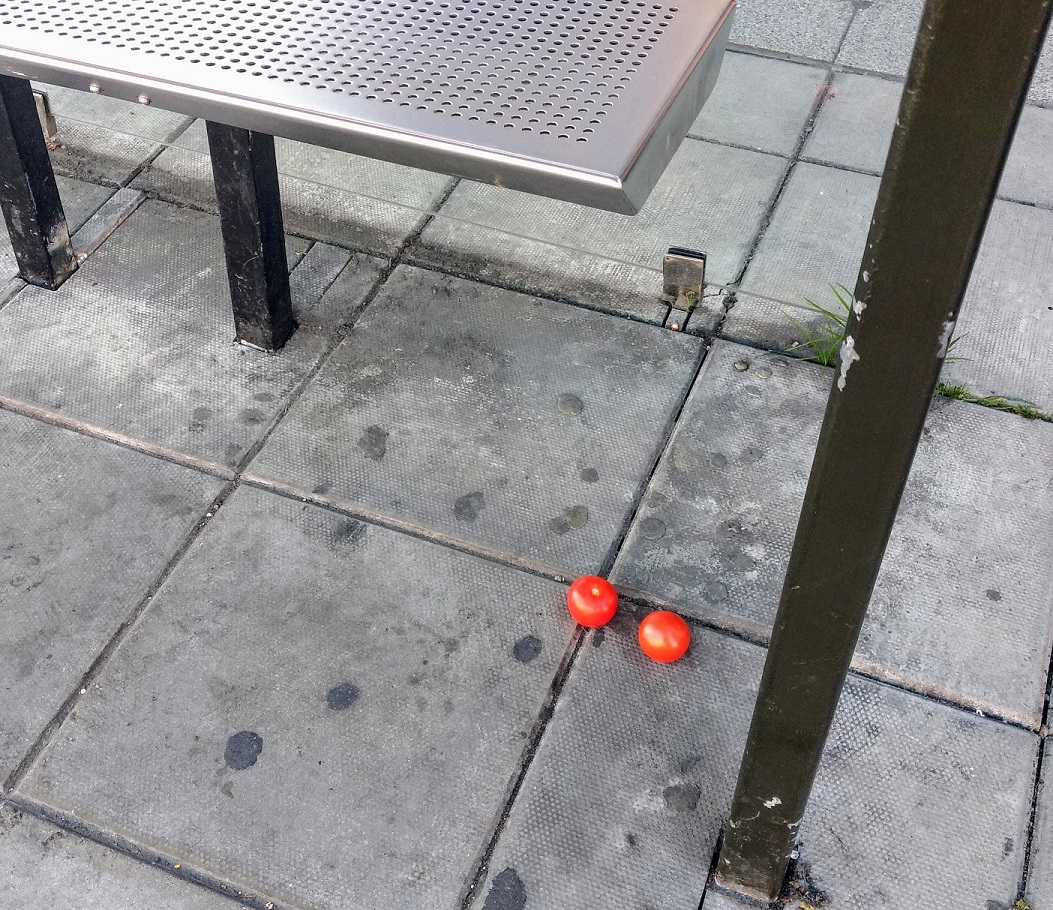 They’ve been waiting for a bus for a while, but at least there’s two of them.

Have you ever spotted fruit or vegetables in an odd place?

Also, is this where I make that to-mah-to/to-may-to joke?

And I know this is not what I normally do on my blog but this time, I have to share. Spoiler free!

This is my Instagram story, which I have saved. 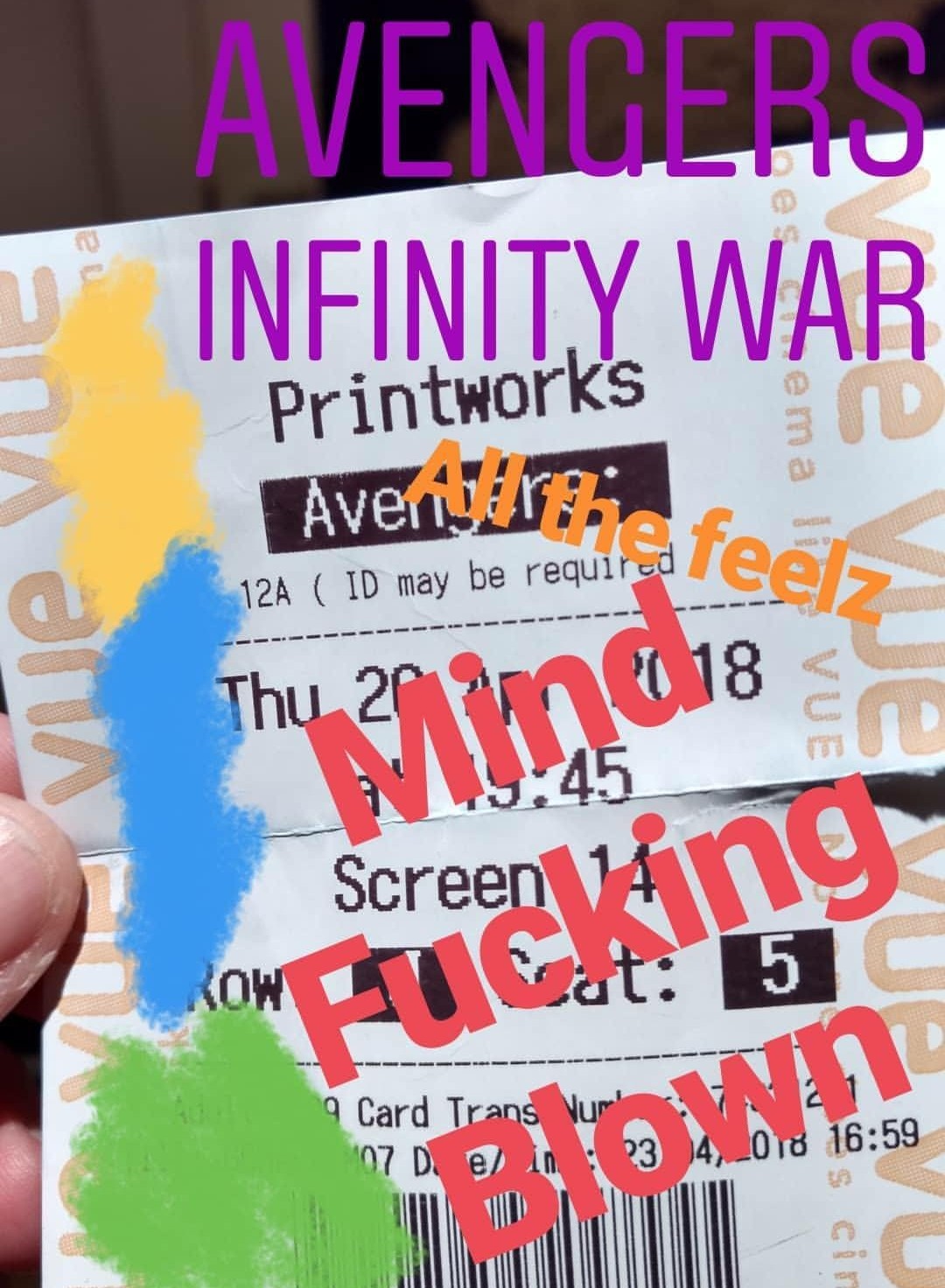 You can’t be serious! A superhero movie starring more than 20 characters! It’s gonna be too packed! No way you can pull it off!!!

Directors Anthony and Joe Russo are the true cinema heroes we need!

This sign is outside one of the many University buildings on Oxford Road in Manchester.

Why have I taken a picture of such a random thing? Because 1. that’s what I do and 2. it reminded me of something.

If you’ve watched Dirk Gently’s Holistic Detective Agency, then you will recognise “Everything is connected” as a sort of tagline of the show. (If you haven’t watched it, then I highly recommend it–it’s funny and clever and has amazing characters, so basically everything a good TV series should be.)

It also reminded me of another thing, non-fictional. Hint: it’s to do with those evil twins of Brexit and Trump and a certain firm called Cambridge Analytica. Link.

Yeah, it’s been a while. Five months since the last RAWPS post–hoo, I didn’t realise it really.

I saw this sign outside the Scribbler shop in Manchester. If you’re not familiar with this retailer, they sell cards, hence the Valentine’s Day thing.

Actually, it’s not that stupid. You should love yourself most of all.

You can also date your own self if you want. Which I’m kinda doing.

It’s been 18 months since the first Random and Weird Phone Shot entry so here’s an updated pic. The trainers are still hanging there. They survived many a stormy weather, they’ll probably still be there after the world ends.

But that is a different story altogether.

I haven’t seen much difference yet myself, have you? But it’s still early, after all, as Neil DeGrasse Tyson never fails to tweet every New Year’s Day, the first day of January has no astronomical significance whatsoever.

I know that I haven’t been updating this blog much lately and to be very honest, I don’t really know what to do with it. I paid for the domain for another year but that’s about it.

Okay, maybe I have more than a “pla”. I just like that quote 🙂 Hear me out:

I’ve been thinking about doing a series. In some of my past posts, I have mentioned I’m somewhat of a fan of dystopian fiction. In the last year I took some pictures that–in my imagination at least–could represent a setting of such fiction. I would like to get this out there, once I figure out a way to do it. So, yeah, watch this space.

I thought it was about time for me to declare which side I’m on in the eternal does-pineapple-belong-on-pizza-or-not debate.

I haven’t thought of anything to blog about and couldn’t even come up with anything for the last two weekly photo challenges. So I decided to post about how I don’t know what to post about.

I hear talking about walls is in vogue these days.