I went back and forth about whether to post this or not. It made sense to do so, yet–as you can see, it’s not the best photograph:

That’s the problem with photographing displays in museum that are behind glass. The reflection. And not the kind of reflection I usually go for!

The label up close:

So this lab coat is displayed in the Museum of Science and Industry in Manchester. It’s right next to the Baby, the first computer ever constructed. Geoff Tootill worked on it, together with Alan Turing and others. Alan Turing is, of course, the best known one, the father of modern computing. I’ve previously posted pics of his statue in Sackville Gardens in Manchester. You might also know him from the film The Imitation Game, where he was played by Benedict Cumberbatch.

I’ve been to the Science and Industry Museum many times. But it was only on my last visit there, in June, that I paid any attention to the lab coat. I immediately thought: that looks like something from an old sci-fi, like Isaac Asimov! But I think it was a different short story I read recently that made me look at the lab coat. It is by an author who you would not think of when it comes to sci-fi–Daphne du Maurier! The story’s title is The Breakthrough. It’s included as a bonus in my Kindle version of The Birds and Other Stories. I was very surprised to read it, it has almost a dystopian feel, but fiction set in labs and science institutes evokes that feel in me. Basically, it’s like Frankenstein, except two centuries later. Proves that Daphne du Maurier had a range.

Shibden Hall is an estate in Halifax, West Yorkshire, that used to be residence of the Lister family, and is now a museum.

I visited the place and, naturally, this is the pics:

I took many, many photos here and it was a struggle to pick ones for the blog. Here’s some of the rooms:

At the back of the house there’s The Folk Museum; workshops with displays of traditional crafts such as blacksmith, wheelwright, cooper, etc.

Anne Lister is the subject of TV series Gentleman Jack, which was also filmed here (they’re about to film some Season 2 scenes here, or they might be doing it at the time of this post’s publication, unsure about exact dates). Suranne Jones plays Anne Lister and Sophie Rundle is Ann Walker, her last lover. I can’t comment in any way on it, as I haven’t seen this show.

I bought the customary fridge magnet at the gift shop. Also a pen. That is a new thing for me. Not buying pens, but buying pens from museum gift shops.

A replica of the world’s first electronic store-program computer, to be precise.

Baby was built in Manchester and ran its first program in June 1948. This replica is now displayed in Science + Industry Museum in Manchester.

If you’re ever in Manchester and have time, I very much recommend Science and Industry Museum, it’s full of interesting things and great for kids too. Anyone been here?

Any sufficiently advanced technology is indistinguishable from magic.

Museum of Science and Industry in Manchester, UK. 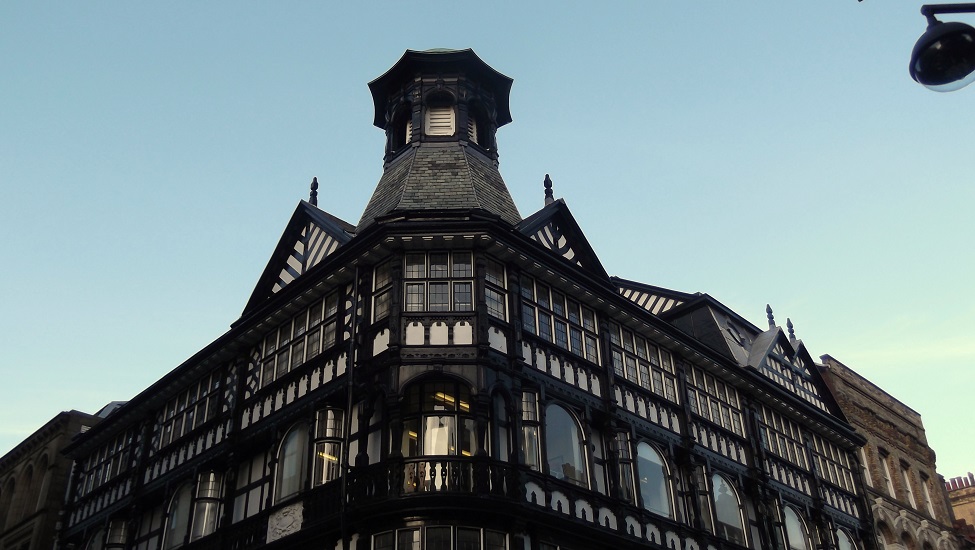 Just showing some love for the city I live in!

A Date with Krampus

What If It Works