You see them everywhere.

You live in a city, you’re familiar with the sight of them.

The above three photographs are from Piccadilly Gardens in Manchester.

I took this from the bus, as you can see. Somewhere in Salford.

This is the statue of Edward The Black Prince in City Square in Leeds. From my trip to Leeds.

Speaking of pigeons on statues of royalty, there is a statue of Queen Victoria in Piccadilly Gardens (which I’ve never taken a picture of) and, well, let’s just say Her Majesty would not exactly be happy.

What can you do but shrug? Pigeons gonna pigeon.

I visited this West Yorkshire city one Saturday and here I share with you some pics from there.

Leeds is only less than an hour away from Manchester. This was my second time there–on the first occasion, I didn’t get much chance to see the city, as it was an anti-Brexit march.

I attended a Stop Brexit March in Leeds on Saturday, my second march of this kind. Today I’m posting about it.

This march was one of similar marches taking place around the country to mark the first anniversary of the triggering of the Article 50. The Leeds march represented North. 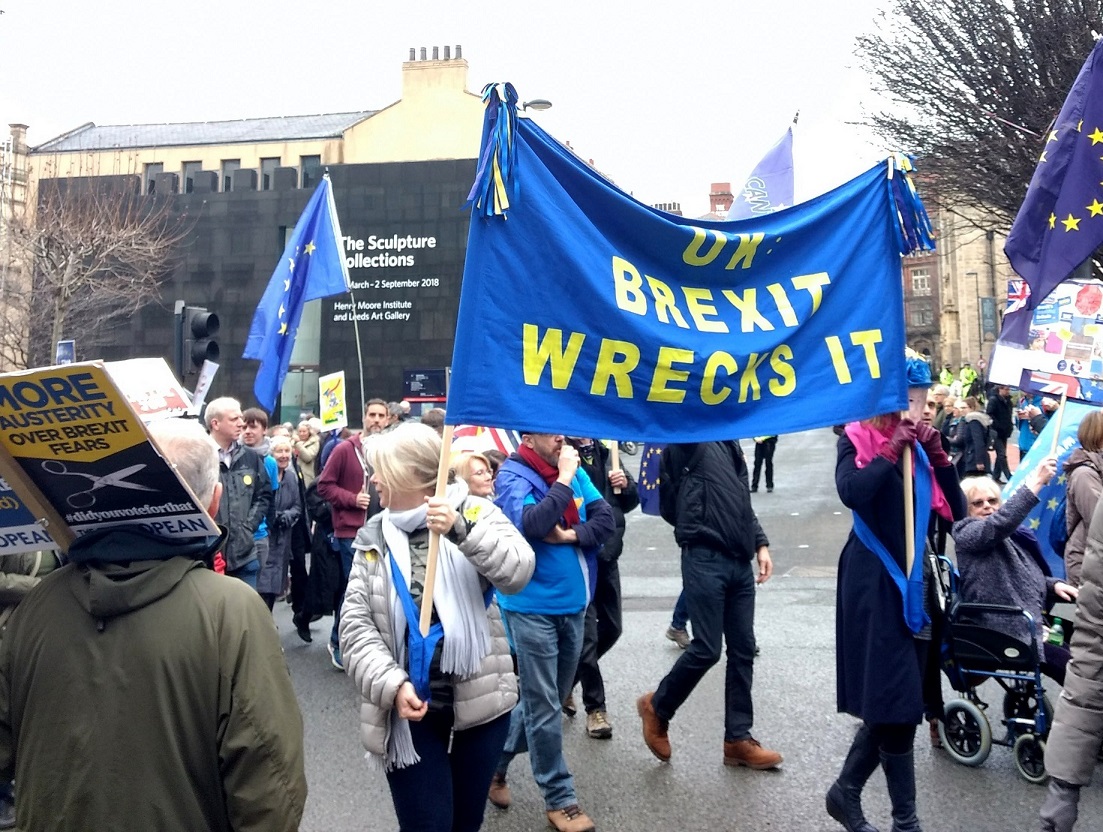 This was my first time visiting Leeds and I will definitely visit again, properly with my camera; this time my attention was dedicated solely to the march. All pictures were taken with my smartphone.

It all started on the train: 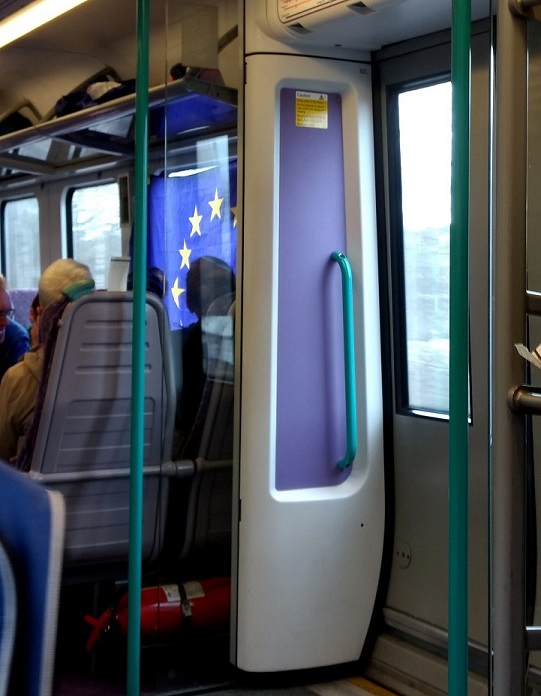 I caught the same train as some fellow protesters, who hung EU flag on the window. 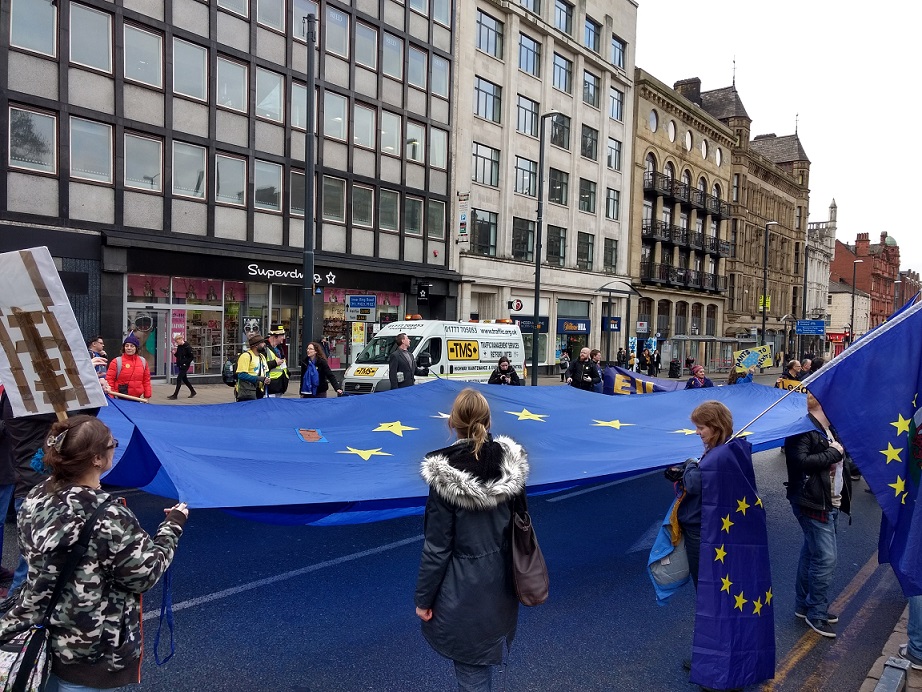 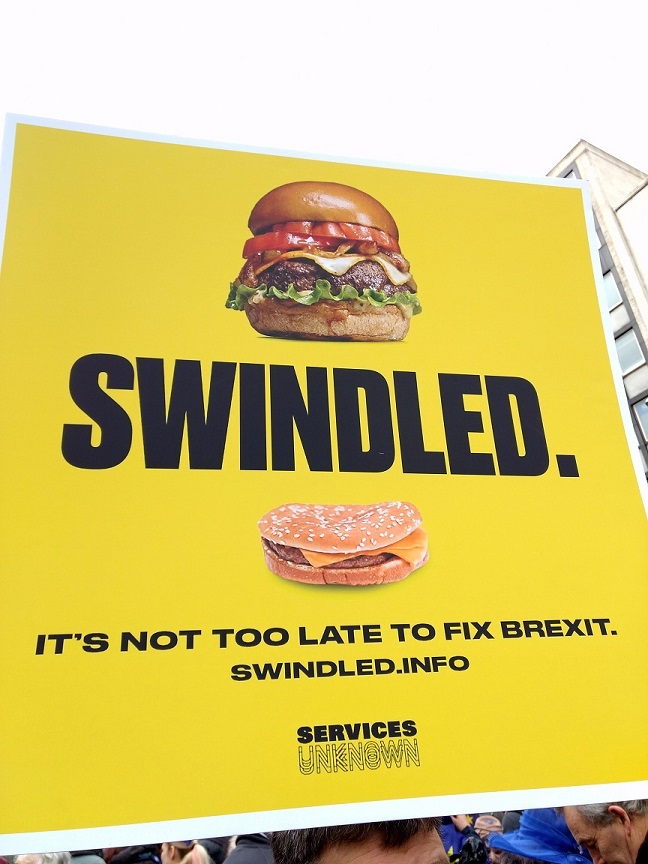 More pics and signs and banners:

One of the speakers at the march was Richard Corbett MEP, you can see him on the above picture on the very left, talking to the woman with blond hair. I’ve met him before at a Q&A session he did at the University of Manchester last year.

I suppose the next picture should come with a trigger warning! 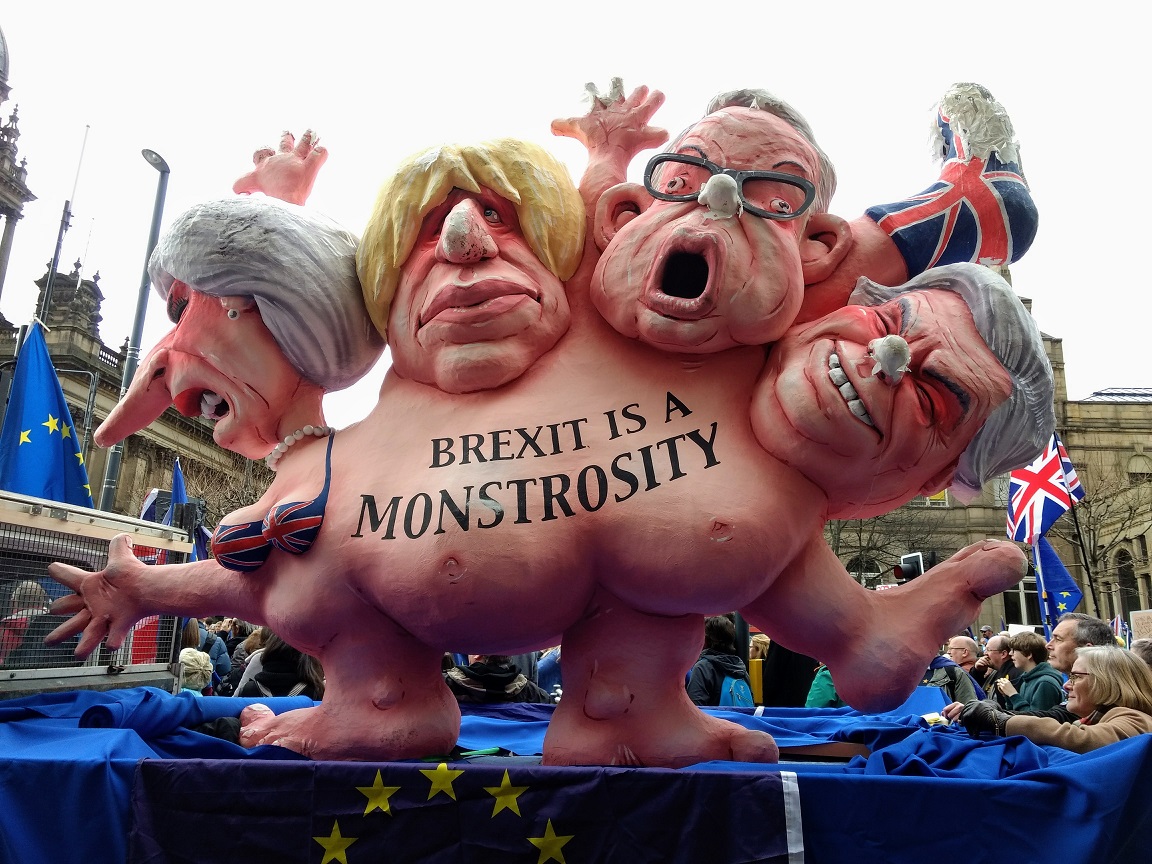 I was pleased I got to photograph the Brexit Monster up close, it was too far away from me at the Manchester march.

Will this message get across?

What’s been frustrating to me recently is not the events that are happening, it’s the fact that people don’t seem to care a bit. They’re going about their lives, probably thinking it’ll all work out or possibly believing that Brexit won’t happen, whilst doing nothing towards it not to happen. It’s this apathy that that’s the worst. I’ve not heard anyone outside my circle even mention the Cambridge Analytica story. Even Remainers say we should just “get on with it”. Um, no.

One day they’ll wake up in the morning into a first day of dictatorship and will keep asking, how did this happen? Like this, motherfuckers. Sigh.

To end the post on a positive note, it’s been great seeing news about March for Life in USA. To all the people that came out to the streets, I want to say: you absolutely rock!