So we have been having some BAAAAAAD weather lately, aka Beast from the East; temperature below freezing, icy wind and snow, lots of snow. Snow is not something I want to photograph, mainly because I hate it. But my tram stop gave me a sight to behold.

Some construction work has been going on here (this is quite usual, Manchester Metrolink network has expanded so much in the past few years–with help from EU funds, but that’s another story).

Can you see the wheelbarrow sticking out from the pile of snow?

As I said in a previous Random and Weird phone Shots post, I have a thing about wheelbarrows. I even have a Wheelbarrows Pinterest board. So naturally I always notice them and if I can, photograph them. Closer shot here:

It looks so sad and abandoned and lost in the snow. It seems as if The Beast got the poor wheelbarrow.

However, this is the next day: 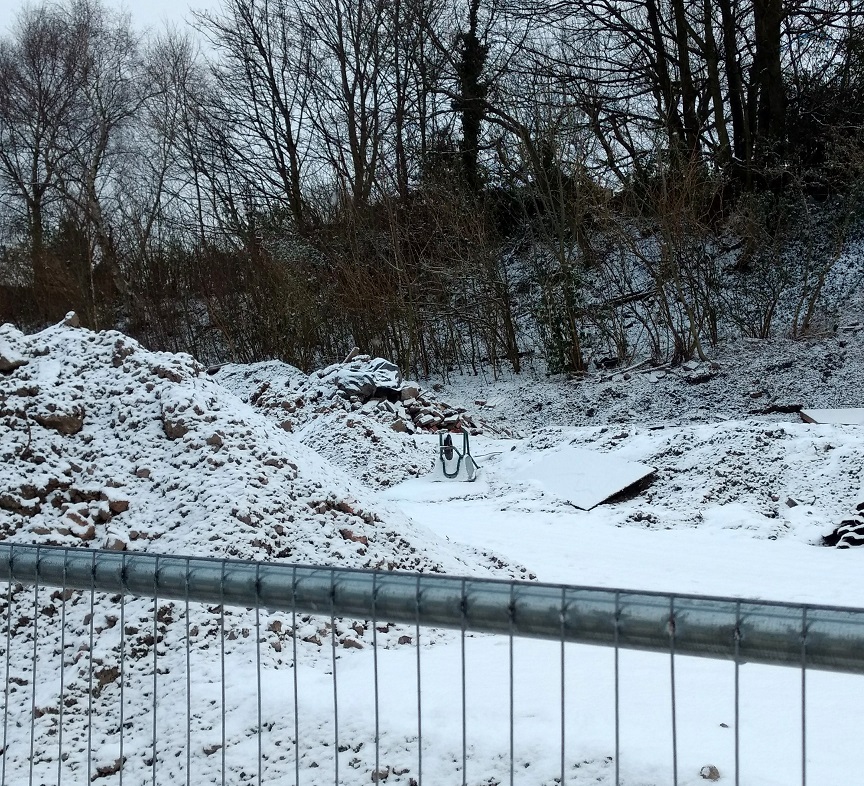 It endured. And so it will, while the snow will (eventually) melt.

And so will we. Though we still have days of The Beast in front of us.