Today I present to you some shots from the Stop Brexit March that I attended here in Manchester on 1st October.

First, the essentials, which I ordered from word up design:

And now for the pictures from march and the street party and rally. Some flags: 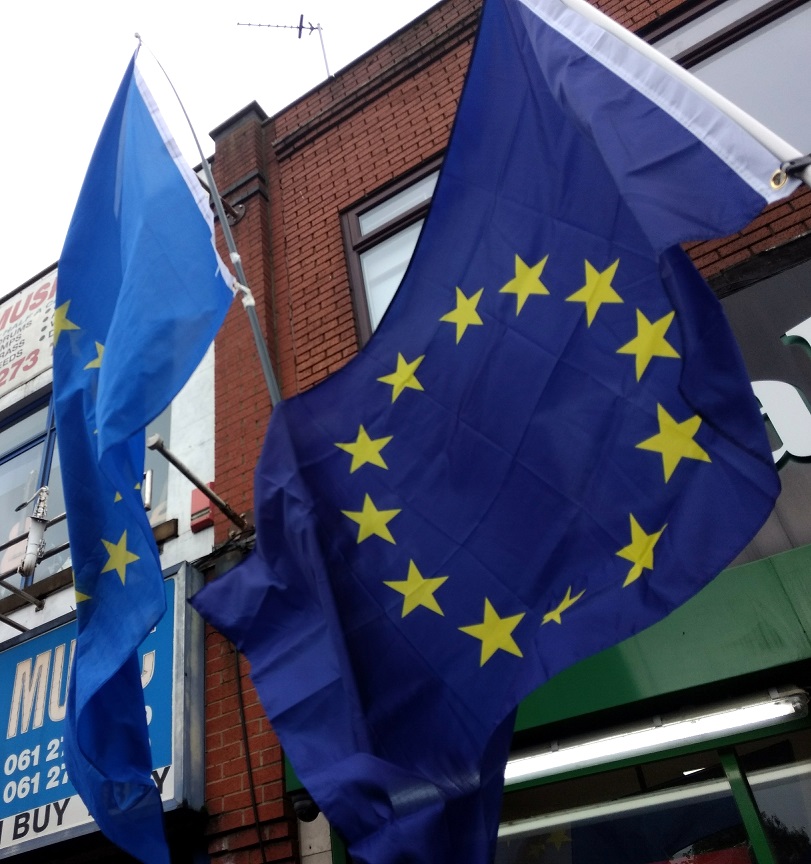 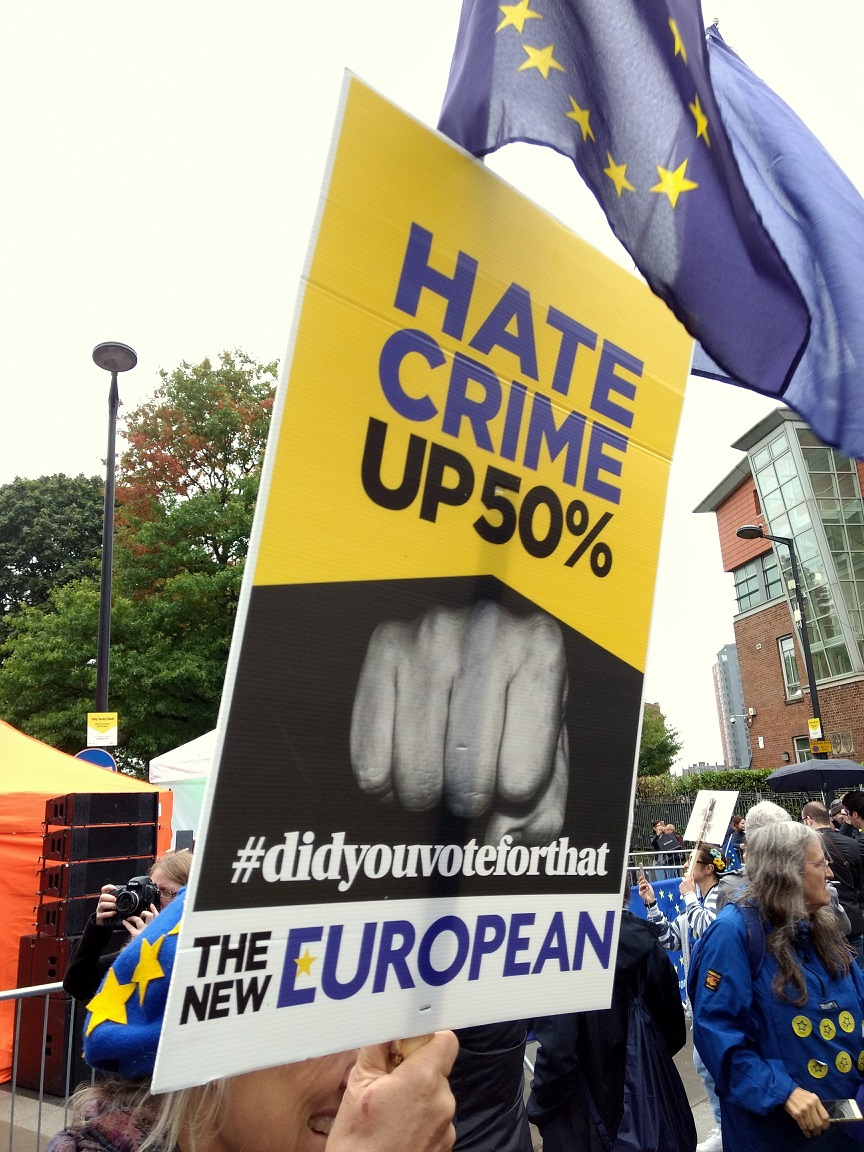 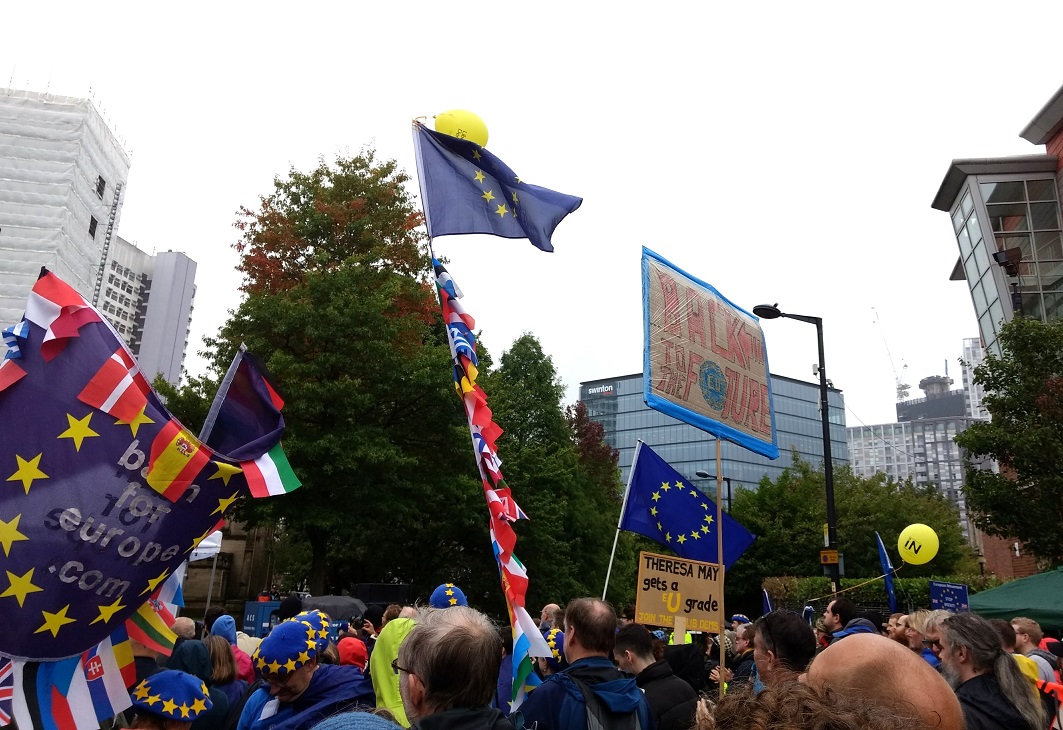 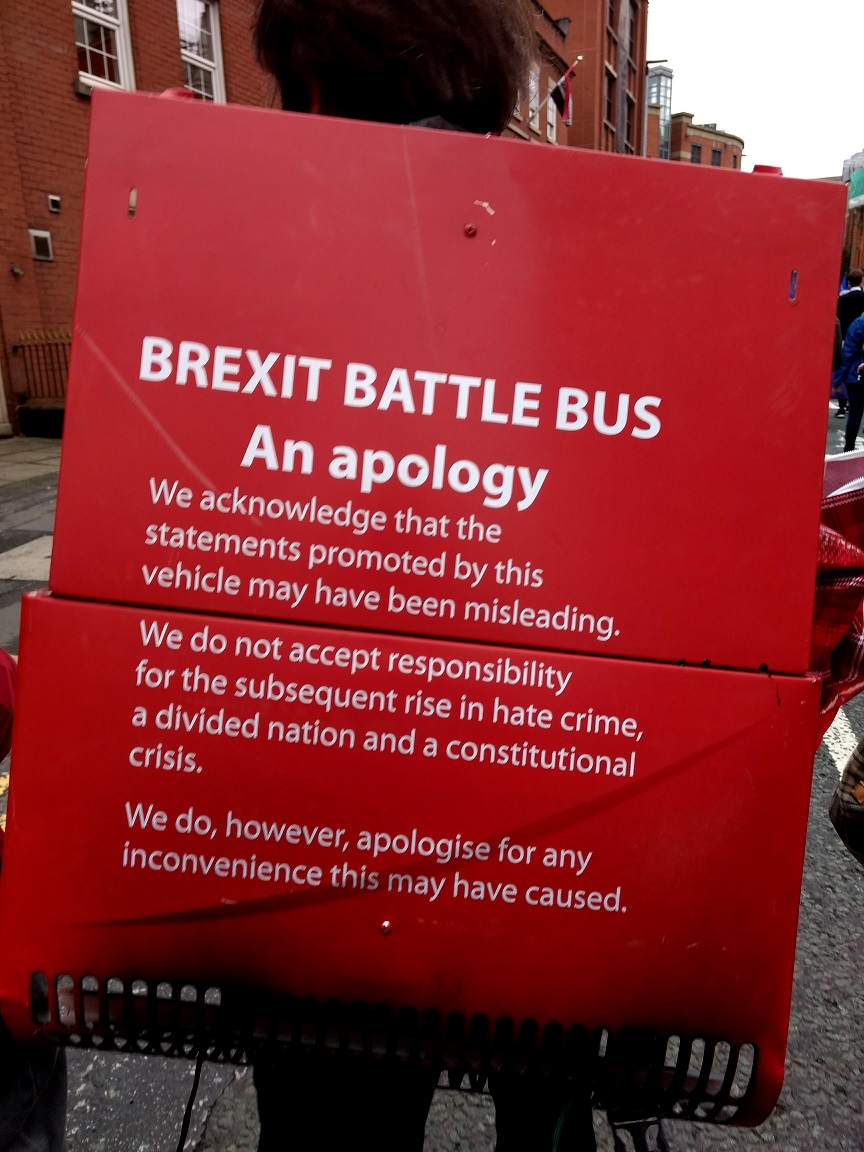 For those who don’t know and are asking, what bus? This bus:

Basically, that slogan is a lie but people didn’t know that and for many that was the reason to vote Leave. That’s the bus I–and many others–have been thrown under. I still have tire marks left over from it.

This is Mike Galsworthy of Scientists for EU speaking at the rally.

And of course, fake Boris Johnson riding a unicorn.

And finally Alastair Campbell playing Ode To Joy on bagpipes.

The march took place to coincide with the Conservative Party Conference, which is currently taking place in Manchester. This is part of Autumn of Discontent–a series of marches happening all across the country.

It is also the first time I’ve been out on the streets protesting since my mum took me with her to the Velvet Revolution demonstrations in November 1989, which spelt the end of Communist era in Czech Republic and Slovakia.

Resistance shall not be futile!